Why Wells Fargo CEO John Stumpf is on the hot seat

When millions of dollars in incentives go unchecked, that can be a red flag for fraud—and that’s exactly what Stumpf’s critics are claiming. CBS News is covering this controversial topic, and I was quoted for offering a solution. Rewarding salespeople based on accounts that are actually active, rather than simply signing someone up, is a more transparent approach. It’s also how Due.com, the company I co-founded with Murray Newlands, works.

Wells Fargo employees have been accused of setting up fake accounts in order to get incentives, and customers weren’t aware of these accounts until they saw items pop up on their credit reports. “If an account is set up that’s idle, it still counts as a number but overall doesn’t count towards the bonus of an individual as the account is pointless,” I told CBS news reporters.

There are likely many more “fake” customers who aren’t even aware they have a Wells Fargo account. It’s also unclear what the exact dollar amount in incentives might be that WF employees may have racked up.

Keep a close eye on this story, and find out more details at the full CBS article: 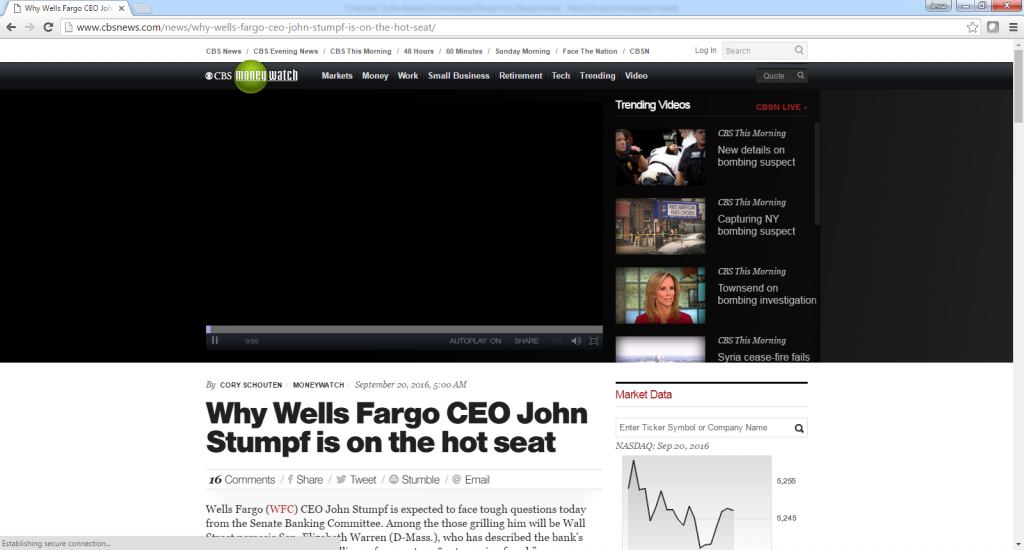