Chances are you’re either a freelancer, have been one, have worked with one, or know one. At the close of 2015, I wrote a piece for TechCrunch on the importance of freelancers now that the nine to five era has all but retired. The average startup founder in Silicon Valley averages 55 work hours per week. In the startup world, freelancing is the norm. There are millions of freelancers out there, and the appeal is attracting more each day. If you’re at the helm of a business—from enterprise to startup—could utilizing freelancers benefit you?

Due.com reports that there are nearly 54 million freelancers in America alone. It’s one of the biggest workforces, with over 33 percent of Americans at least dabbling in freelancing in 2015. In another four years, freelancing is slated to be the major labor force (making up 50 percent!). It’s no surprise that the majority of freelancers are also millennials (who also make up 33 percent of all working Americans).

Technology advances have made telecommuting easier, more people are part-timing it, the labor force is naturally fluctuating in the freelancer’s favor, and you can make a lucrative living as a freelancer. Flex schedules are allowing top talent to hold down a “real job” (if they want) while freelancing on the side. Others are opting for 100 percent freelancing. Business owners are realizing that if they want the best talent, they need to look at freelancers.

Of course, there are downsides for freelancers. They don’t get traditional 401k funds, they pay totally out of pocket for health insurance, and can be highly taxed (self-employment and all). This is driving many to become politically active, pushing for a change in laws regarding income taxation and insurance.  In fact, 86 percent of the US’ 54 million freelancers say they’re voting in the upcoming general election. That’s more than the voters behind Bill Clinton’s win.

As a business owner myself, I know how beneficial freelancers are. They “get” business owners’ challenges, the daily grind, and usually have a solid knowledge of basic admin and marketing tasks. After all, they’re (kind of) running their own business, too! They’re usually veterans in their field, but with plenty of general skillsets, unlike recent grads.

Freelancers help business owners save money, might be easier on your pocket than a full-timer, need minimal (if any) training, and you don’t have to deal with taxes, benefit packages, and the like. Find out more about how freelancers are re-shaping the startup world. 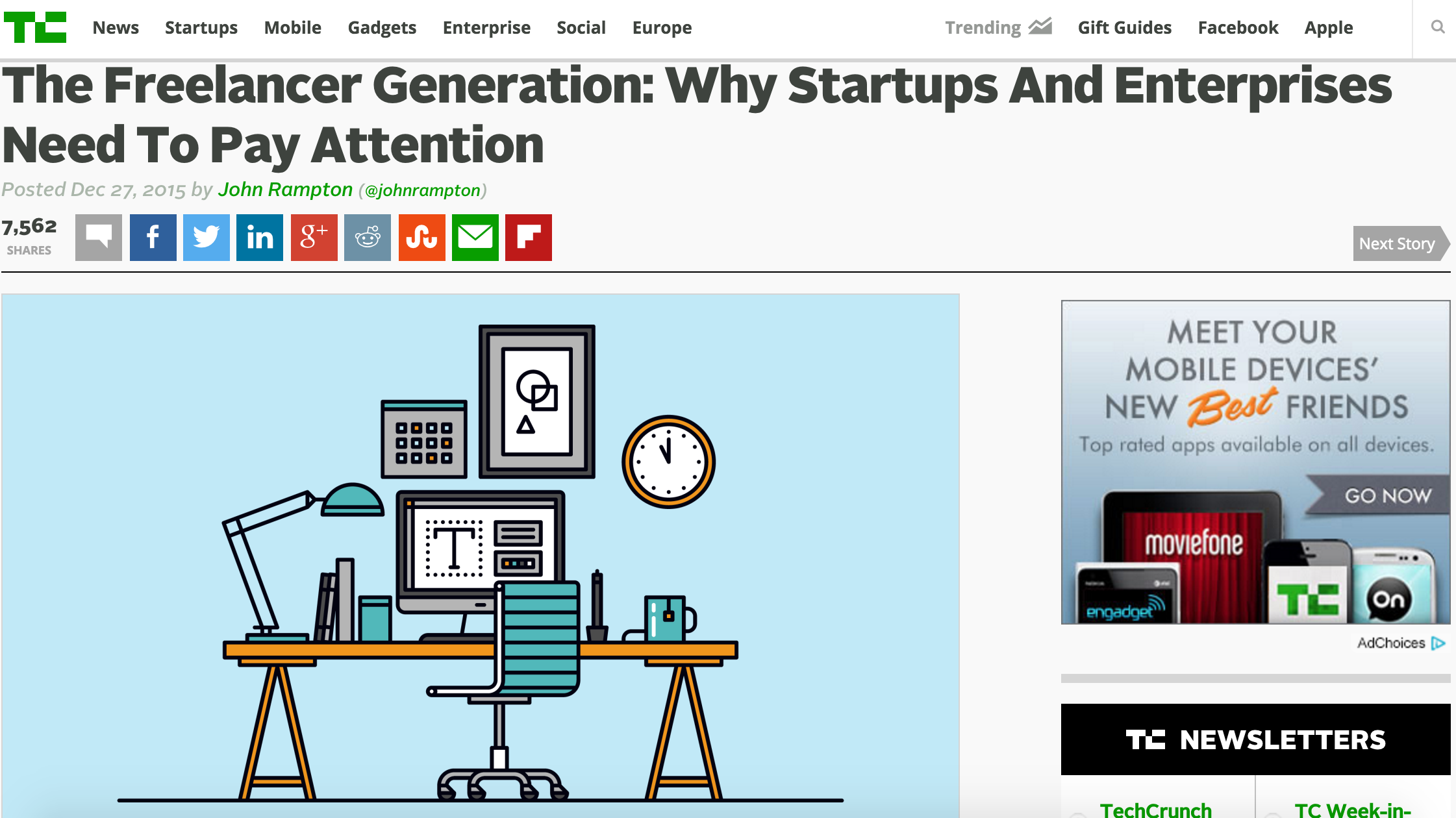