Elon Musk has made some substantial promises and predictions—and plans, like humans living on Mars, are just a couple of years away. Is he for real, is it all part of a big marketing campaign? ABC covered a podcast interview where I’m one of the guests discussing Musk’s promises, genius, and marketing savviness (whether or not it’s one big campaign!). Musk has talked about everything from space exploration to actually putting an end to poverty. Is it too good to be true?

Of course, the private colonization of Mars is what most people are talking about. Beyond the sheer magnitude of it, is it a profitable venture? Some say that only billionaires will be able to afford it, and within that small pool even fewer would want to colonize on another planet. However, is Musk onto something? Is private funding the only means of making money off of Mars, or is there another solution?

Like a lot of geniuses, Musk also has a tendency to drop projects suddenly. Remember his super-fast transportation project? Will Mars be dropped, too?

Listen to the full discussion here: 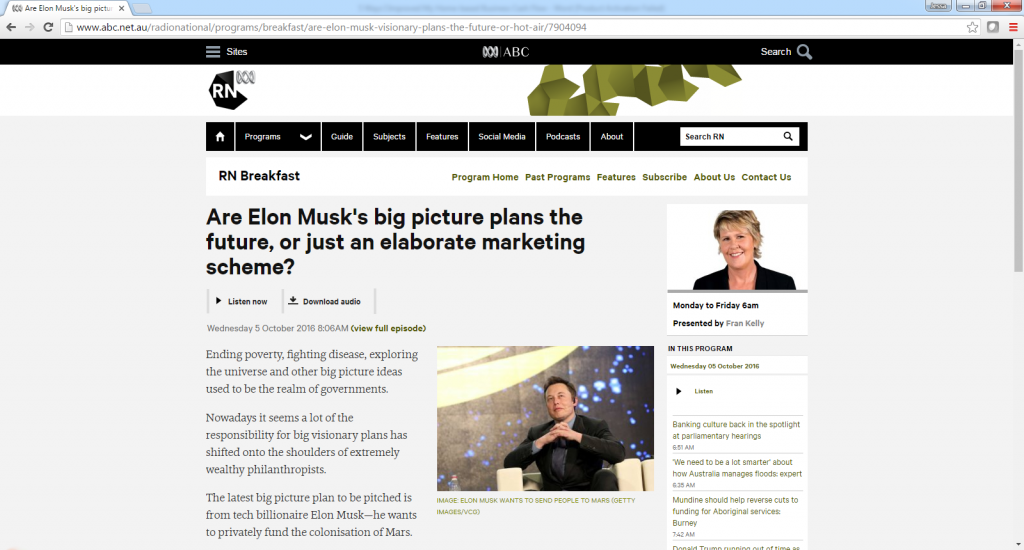