25 Marketing Influencers to Watch in 2017

I’m excited to make it onto the Forbes list of 25 marketing influencers to watch in 2017, and I encourage you to follow all of the impressive influencers on this list! I’m featured as a “serial entrepreneur” and connector, as well as the co-founder of Due.com. This list complements the Top 50 Global Online Influencers and Top 10 Most Influential PPC Experts in the World list, which I’m also honored to have made.

Entrepreneur Neil Patel also makes this list, and I’m a big fan of his blog and social media presence. You’ll want to check out Grant Cordone, a real estate tycoon with a massive social media following—he made the top of the list, while I pulled in the bronze. Other influencers include Ann Hadley, who also made Forbes list of the most influential women on social media.

From Branden Hampton (the “king” of social media) to Mari Smith, a leader when it comes to Facebook marketing, there’s no need to reinvent the wheel when influencers have already done a lot of the tough work for you. Follow in their footsteps by following them online. 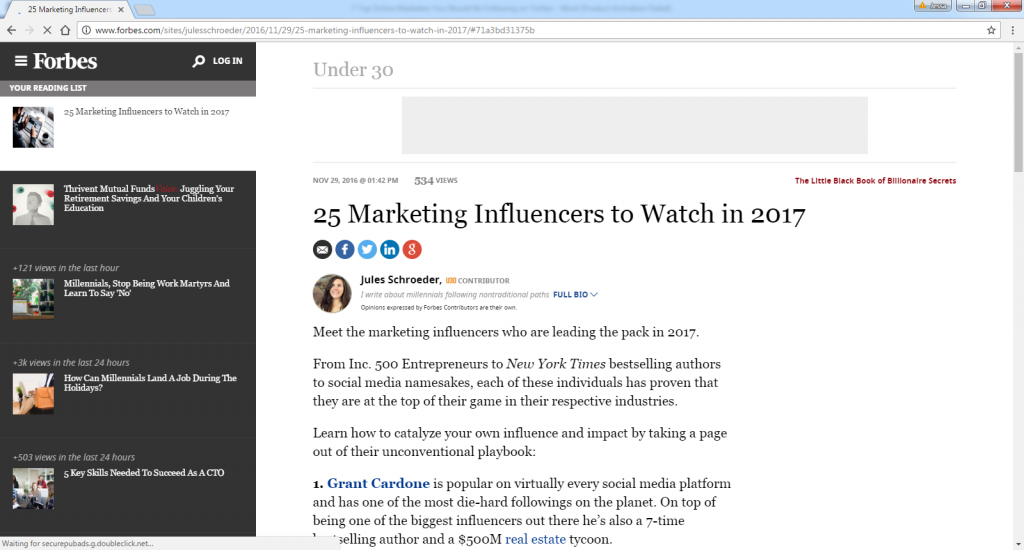