Staying Ahead of Trends: Eric Migicovsky and George Zachary on Pebble’s Success

Home » Staying Ahead of Trends: Eric Migicovsky and George Zachary on Pebble’s Success

As he prepares for Apple to enter his space, Pebble founder Eric Migicovsky is refreshingly optimistic. Like any successful entrepreneur, he views such events as challenges and he’s more than prepared to tackle them.

“It’s going to be incredibly interesting,” Migicovsky says. “There’s not many times in my life that I’ve had the largest company in the world by market capital move into the space that I’ve been working in for seven years.”

Migicovsky is looking forward to the attention Apple’s iWatch will bring to the space, even though it will bring even more competition to an already competitive space. But, as Migicovsky points out, Pebble makes a good, affordable watch that doesn’t require a recharge after just one day of use. Apple’s iWatch will be double the price of Pebble and will have a shorter battery life, but the brand name will attract a core audience despite that difference. 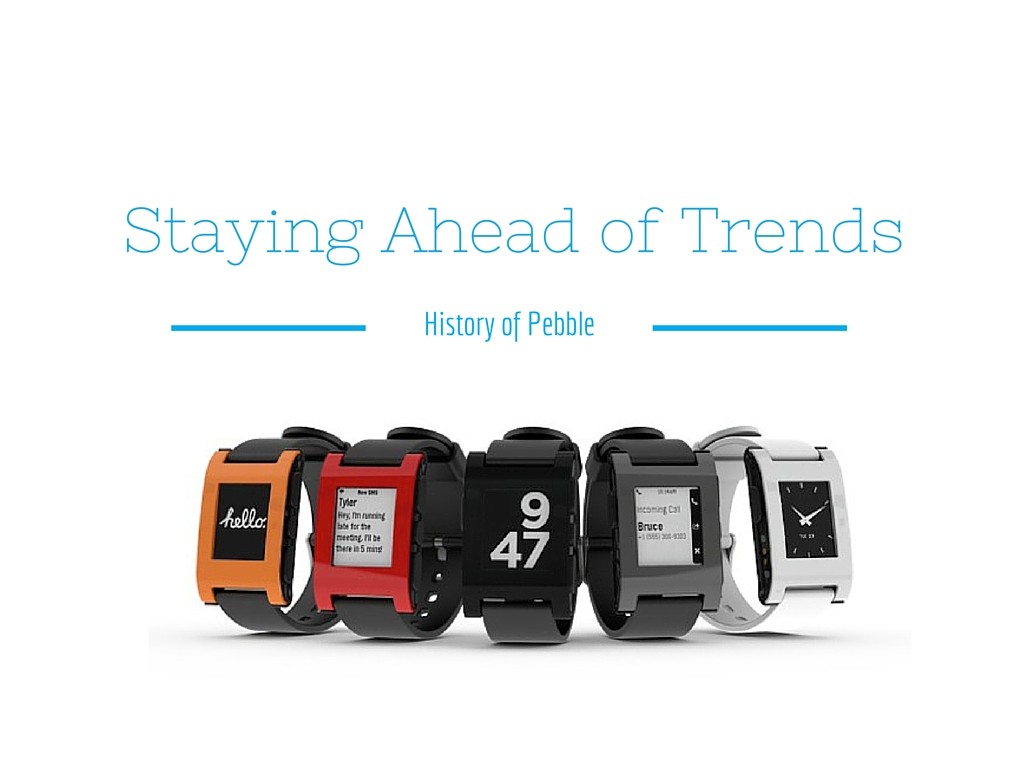 Pebble exploded onto the tech scene in 2013 with a Kickstarter campaign that had the most successful fundraising effort in the site’s history. In just over one month, the company raised more than $10.2 million with 69,000 backers.

“I thought it was the opportunity to build a new kind of company that allowed people to understand and connect with other people,” says George Zachary, head of consumer and enterprise mobile at Charles River Ventures, the company that invested $15 million in the smartwatch company in 2013. “I viewed it as the next stage of messaging.”

Migicovsky and his team had an initial vision to build a computer for a user’s wrist. While the concept eventually evolved, Migicovsky found it beneficial to go through the early phase of thinking about the cool tech value of having a gadget that connected to the Internet on his wrist.

“When we launched on Kickstarter in year four, we had finally figured out how to explain it to people,” Migicovsky recalls. “George was one of the first investors where it actually clicked. But for me, it was important to work our way through and saying, ‘Okay, what’s the actual value that it provides to end users and how is that going to change over the next five to ten years?’”

As an investor in companies like Twitter and Scribd, Zachary has been in this position before. In fact, he says he seems to have a history of being involved with startups that have endured attacks by giant companies. Zachary cites issues Apple is currently having with its glass, battery, and user interface.

“But Apple is a great hardware company and the hardware is much more sophisticated,” Zachary says. “We’re going to see what they launch with. The truth is, I don’t really know how they’re going to do in the market. No one does.”

While the early focus of smartwatches may have been the hardware, both Migicovsky and Zachary are excited about the possibilities of smartwatches. Over the next couple of years, Pebble will work hard to take the smartwatch in new directions, making it more essential to consumers.

“You would go home to pick up your smartphone if you forgot it,” Migicovsky says. “Pebble’s an extremely useful device but it hasn’t become essential. Over the next couple of years, our job is to build Pebble and to build wearables to become more and more indispensable in your daily life.”

After having backed multiple entrepreneurs, Zachary has noticed one common thread among the greats: a troubled past. He points to well-known entrepreneurs like Steve Jobs and Oracle’s Larry Ellison as an example that challenges in childhood can lead to greatness as an adult. While he will admit it isn’t universally true, he’s seen it often enough to take note of it.

“Most of the great entrepreneurs I’ve backed come from an early family life where there’s chaos,” Zachary says. “They enjoy that feeling of mastering chaos and winning through it.”