Your smartphone is a thief, but you might be aiding and abetting it! Research shows that smartphones steal 28 days of your life every year—that’s the entire month of a non-Leap Year, February! Elite Daily asked tech experts what the biggest time sucks were and I was featured (conveniently) at number two citing the bathroom. A recent article in the New York Times revealed that a lot of us will only go to the bathroom if we have our phones with us (ew). In fact, I published findings in Inc. that showed 61 percent of Americans use smartphones while sitting on the toilet.

Most of us (92 percent) are checking social media. Next comes gaming, online shopping, and otherwise wasting time. That can quickly add up to 20 minutes in the bathroom easily. Other time wasters include scrolling through our phone as soon as we wake up and playing with our phone while we’re waiting. Sometimes (like in a doctor’s waiting room) you’re “stuck” but you can make better use of those minutes, even if it’s de-stressing by practicing pranayama.

There are ways to battle this time thief, including leaving your phone in another room and consciously letting go of FOMO. 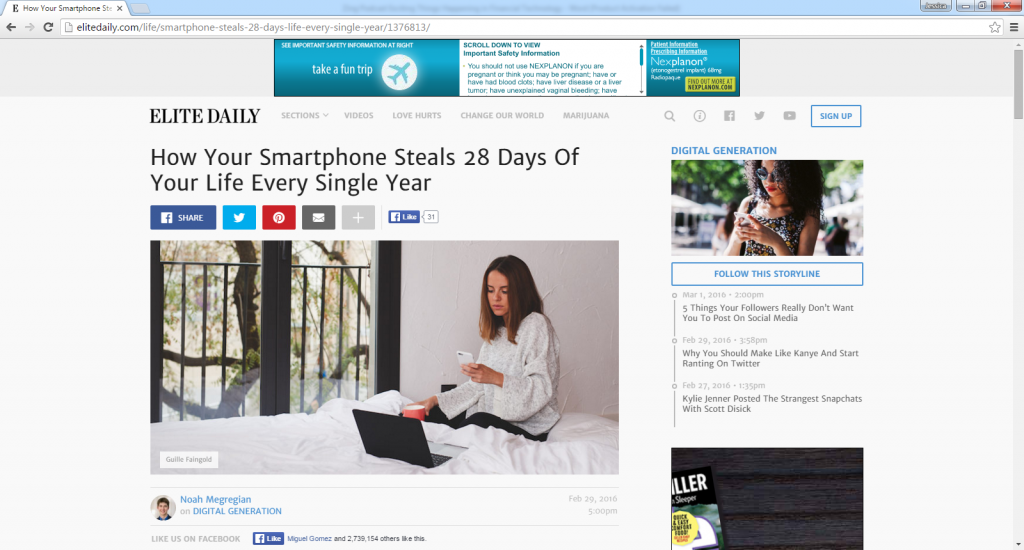