In 2013, Aileen Lee, founder of Cowboy Ventures, gave billion-dollar startups a special name, the “Unicorn Club.” Lee defines this exclusive club as “U.S.-based software companies started since 2003 and valued at over $1 billion by public or private market investors.” At the time of her TechCrunch article, there were only 39 companies included in the “Unicorn Club.” That only came out to “about .07 percent of venture-backed consumer and enterprise software startups.” 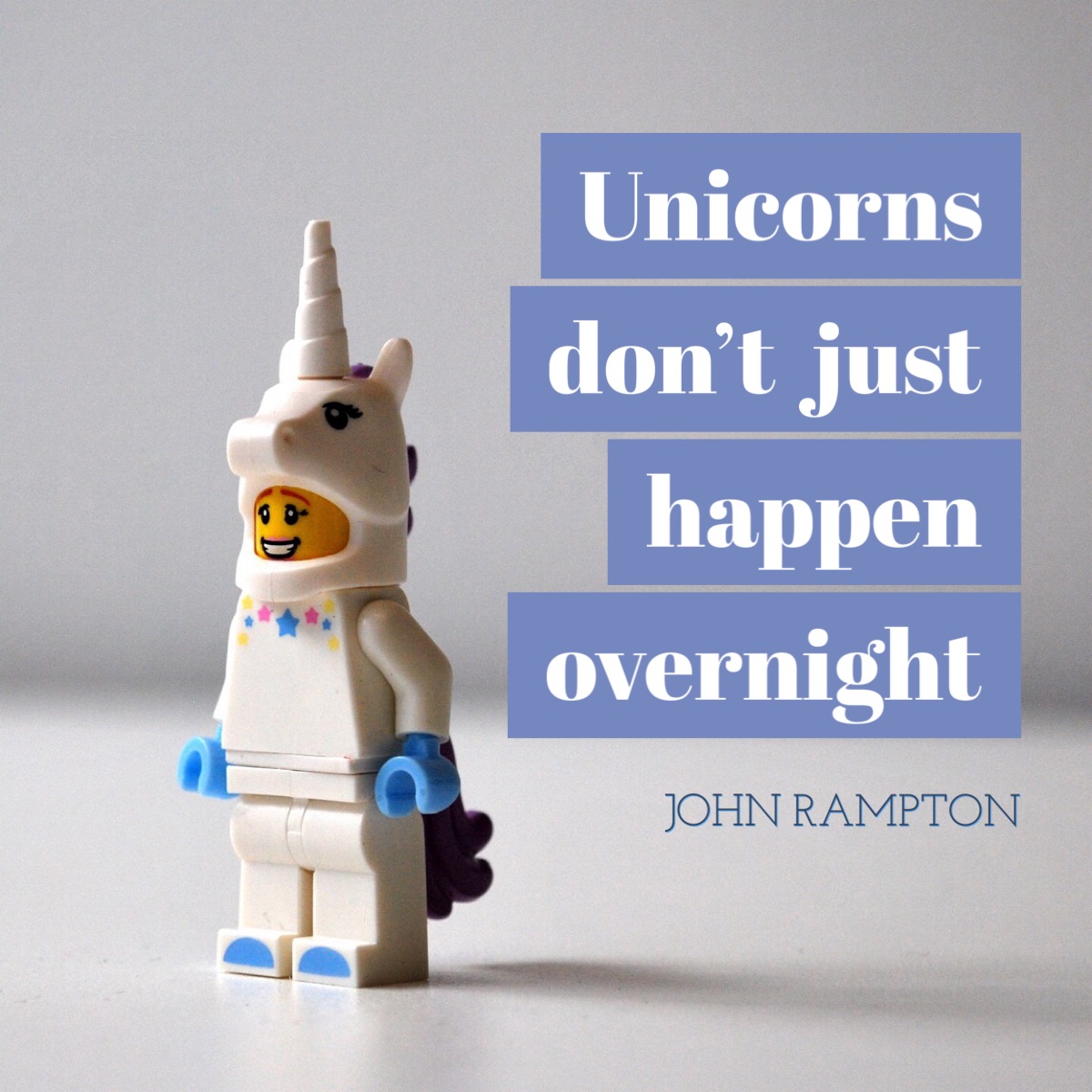 Today however, the prestigious Unicorn List that I want to be on contains more than 80 companies. Because we’re now in the age of unicorns, I’ve decided to take a look at the habits 25 of entrepreneurs who founded a unicorn startup so that aspiring future members can get inspired, motivated, and emulate their success.

The Facebook founder revealed during a Facebook Q&A that he does not work 24/7. In fact, he’s more of a 9-to-5er who puts in between 50-60. Zuckerberg added, “But if you count all the time I’m focused on our mission, that’s basically my whole life.” He went on to say, “I take a lot of time just to read and think about things by myself.”

While at South By South in 2011, the LinkedIn founder shared his “Ten Rules on Entrepreneurship.” This included having a goal and sticking with it, but also being flexible to meet the demands of the consumers. Hoffman states, “The art is knowing when to be persistent and when to be flexible and how to blend them.”

The co-founder of two of the most successful web startups, Twitter and Square, suggests that founders keep a diary. According to Dorsey, “Find a simple way way to track your progress.” He adds, “You really get to see how you have grown, how your business has grown and how your own leadership has grown.”

The Airbnb co-founder compared his company to a giant ship during an interview with Fortune. “And as CEO I’m the captain of the ship. But I really have two jobs: The first job is, I have to worry about everything below the waterline; anything that can sink the ship.” The second job is “to focus on two to three areas that I’m deeply passionate about—that aren’t below the waterline but that I focus on because I can add unique value, I’m truly passionate about them, and they can truly transform the company if they go well.”

Chesky adds that he’s very hands on and tries “to empower leaders and get involved only when there are holes below the waterline.”

“And if you know what it is you’re trying to do,” she continued, “then it’s a question of being very, very open to failure.”

Despite founding ServiceNow back in 2003, and now has a personal net worth of approximately $400 million, Fred Luddy told the audience during a presentation at the San Diego Venture Group that “I wake up every morning, and all I want to do is write code.”

Baum has launched six successful startups, including Splunk in 2003. Baum currently running the non-profit Founders.org. In an interview with ReadWtite, Baum said, “Inventing something new and creating the structure around it to make it successfully scale takes time and a lot of hard work. Ideas are a dime a dozen, its the execution that counts. And execution is all about people—high-quality people. ”

The Yelp co-founder and CEO doesn’t run many meetings. If he does run a meeting, he uses the RASCI model. According to Laurence Wilson, General Counsel at Yelp, “The goal is to run meetings more efficiently without the meeting overload you sometimes find at other companies where people habitually go to meetings as a way to prove their relevance and consume their workdays.”

The Dropbox founder and CEO believes that all startups must solve a ‘worthy problem.’ He says, “With something like Dropbox, it was immediately like, ‘Wow, this is literally something that anyone with an internet connection could use.’ Everyone needs something like this, they just don’t realize it yet,”

VentureBeat’s John Vrionis stated that Silbermann’s success was due to fostering relationships with his Pinterest co-founders. Vrionis states, “Like any relationship, you are going to have some ups and downs as founders, so it’s important to foster a good, highly communicative relationship with your co-founder(s) so that you can make it through those rocky days. Again, it may seem fairly straightforward, but it is one of those things that requires consistent attention and can make all the difference.”

During a Q&A with UCLA, the Uber founder stated, “For those of us who have seen success, it is our duty to find and to fight injustice wherever it may be. Finding ways to take the obstacles off the path to success and unlocking the potential of the great minds that injustice has kept from leadership is one of the great opportunities for our society and our economy.”

In the Tumblr founders own words, via Inc.com, “I’m very antischedule. Except for board meetings, I don’t really schedule things or keep a calendar. I think appointments are caustic to creativity. It’s so frustrating when you’re in the middle of a great conversation or work groove, and you realize, “Oh, I’ve got an appointment. I’ve got to bolt.” I prefer the “let’s just call each other when we need something or want to hang out” approach. That way, I never have to cancel on people, which is always a bummer. People tell me I need an assistant, but I don’t want one.”

The Gilt Groupe co-founder has said in the New York Times, “I also usually don’t take no for an answer. I have that glass-half-full approach to life. If someone says maybe, that’s a maybe, and if someone says no to me, that’s also a maybe.”

Kevin Systrom, who founded Instagram, told Fast Company that “Products can introduce more complexity over time, but as far as launching and introducing a new product in to the market, it’s a marketing problem.” Systrom added, “You have to explain everything you do, and people have to understand it, within seconds.”

The former Evernote founder and CEO explained his unique company with the New York Times in 2012. Libin explained that “We have a flat and very open structure. Nobody has an office. In fact, there are no perks that are signs of seniority. Obviously, there are differences in compensation, but there are no status symbols. You certainly don’t get a better seat or any of that kind of stuff, because they’re just unnecessary. They create artificial barriers to communication. They create artificial things that people focus on rather than just getting their job accomplished. We try to have an organization that just helps you get your work done, and then it’s my job to eliminate all of the risks and all the distractions so you can just focus on achieving. That attracts people who are primarily motivated by how much they achieve.”

The founder and CEO of Box, as well as 2013’s Entrepreneur of the Year, tells recruits “We are the forefront of a really transformative industry.” He concludes his pep talk with “So make sure you’re working as hard as possible to make sure we win.”

The former French lawyer turned Lending Club founder believes that employees like working for him because “People appreciate my ability to connect the dots and show them the big picture and how their day-to-day work fits into that big picture.” However, “I don’t need a lot of sleep, so that affects when I might call them. I need about five hours of sleep a night.

For the first year of it’s existence, Marketo founder went out and asked CMOs what their biggest concerns were. He tells Forbes, “My co-founder and I started the company cold calling on CMOs to ask them what kept them up at night. It was a cathartic moment in one instance listening to a CMO tell a tale of how she was brought to tears by her board because she was challenged to provide information on marketing ROI for which she did not have the answers. Marketo was created to help answer those questions,”

During an interview with Skift, Kayak founder Steve Harner boldly stated, “At Kayak we never actually wanted to be the place where people finish their travel bookings. We only did that as an interim step because other travel partners’ websites and mobile applications were so bad. That’s really not the case anymore. The best place to buy an American Airlines’ ticket is actually on their own website or via their own app. It’s not to buy it on Kayak or on Expedia for that matter.

In just a couple of years, RetailMeNot went from a $30 investment to being acquired by Whaleshark Media in 2010. Following the acquistion, co-founder Guy King said of his future, “I think it’ll be pretty similar to what we’re doing now — we just love building web apps. So I think we’ll continue to do that.”

The founder of Kabam, Holly Liu that the success of her social game company is because the company has embraced a global culture. “Building a global culture helps you to succeed.” She added at the Gaming Insiders event in San Francisco in 2015 that “Our vision is to be the best global free-to-play game company.”

The Zulily co-founder, who is known for staying out of the spotlight, told the crowd the GeekWire Summit, ““In a startup, if things are going well, you want to be really quiet.” He added, “When you are drilling and you hit an oil patch, the last thing you want is people coming and drilling right next to you.”

The co-founder of Eventbrite explained to Forbes that “Even though we’ve passed the 500-employee mark, we do our best to still operate like a small, lean team. We pride ourselves on having built a culture based off of transparency and real time communication. Kevin and I hold weekly sessions called ‘Hearts to Hartz’ where we give business updates, review our key company metrics, share exciting news from the teams, and answer any questions that Britelings (what we call ourselves) may have. If people aren’t up for asking face-to-face (we like the tough questions!), we offer an anonymous, digital way to ask as well.”

After selling his company Waze to Google, you would think that Uri Levine would enjoy his money by enjoying hobbies like cycling and skiing. However, Levine has said that “Doing a lot of good for a lot of people is the only thing I care about.” That’s why he’s involved with another startup Feex because he wants to help customers be aware of additional financial fees.

Pincus founded the social gaming company Zynga, left, and has returned. Pincus told Venturebeat in 2015 that, “When I came back 100 days ago or so, I said then that my reasons for coming back—I believe in our founding fundamental vision of social gaming.”