Ever wondered which success stories had an introvert behind them? I delved into some major research for Business Insider and discovered that there are plenty of very successful introverts. If you consider yourself more introvert than extrovert, you’re in good company.

Both Albert Einstein and Rosa Parks were introverts through and through. Einstein repeatedly discussed the importance of solitude, while Parks was featured in the introduction to the now-famous book Quiet: The Power Of Introverts In A World That Can’t Stop Talking by Susan Cain. Bill Gates has professed the importance of introverts in the world, while Steven Spielberg is an open introvert.

Sir Isaac Newton was well-known as a very introverted man, Eleanor Roosevelt has been described as shy and withdrawn, and of course Facebook’s Mark Zuckerberg is a classic introvert. Google’s founder Larry Page is called reserved by his peers, and both Al Gore and Marissa Mayer have gone on record to “admit” to their shyness.

Abraham Lincoln was known for his quietness, and JK Rowling lives up to the writer stereotype of being a little shy. From Warren Buffett to Mahatma Gandhi, how many of your favorite, motivational leaders and creatives are on the introverted side? 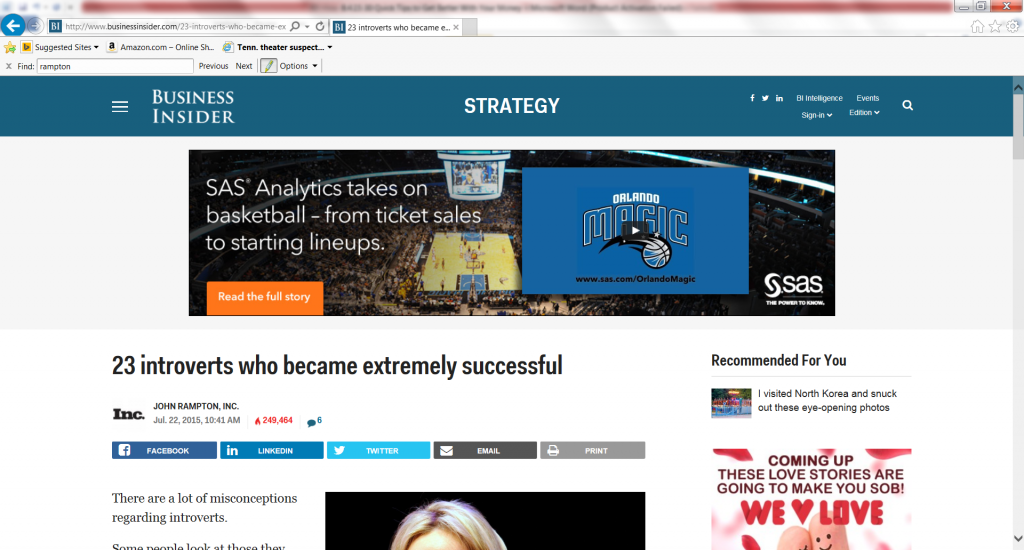