21 Days To Form A New Habit

Getting started on any goal – personal or professional – is half the battle. The other half of it is trying to stick to doing certain things long enough to where it becomes a habit. When something becomes a habit, we automatically do it rather than think about it and/or come up with half a dozen of excuses why we can’t do it.

Research has tried to pinpoint how long it typically takes for a habit to form or change. And, this relates to good habits, not the bad habits since research has shown that bad ones can form in as little as two days. 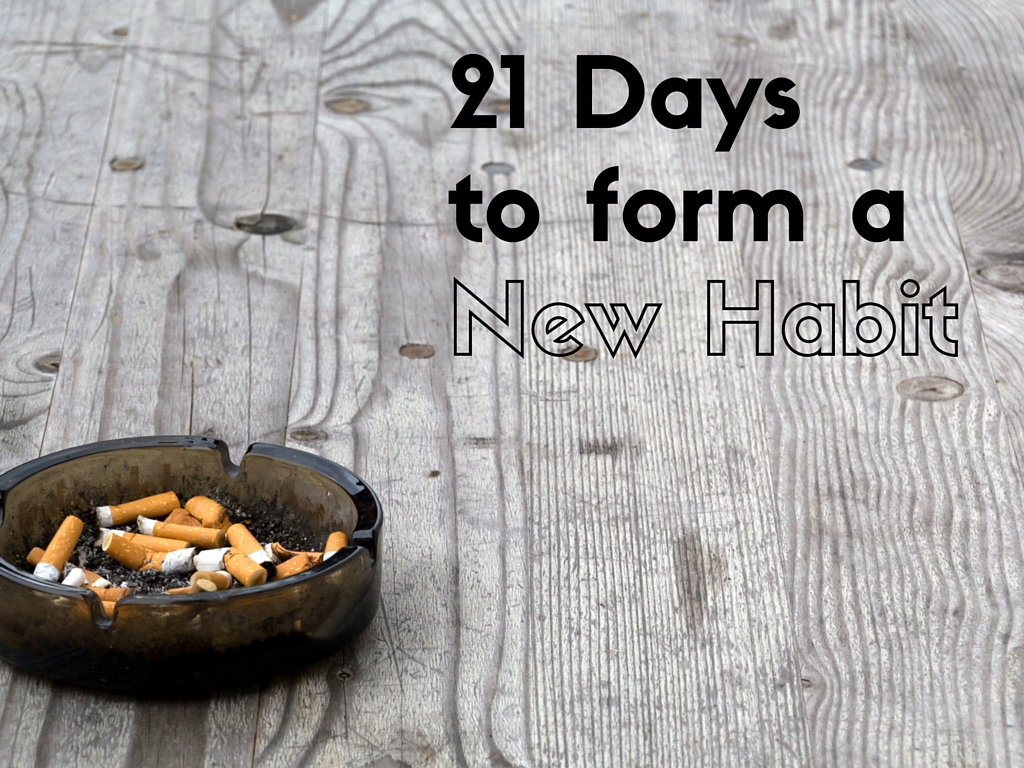 The Foundational Theory for the Magic Number

The basis for this timeframe comes from an interpretation of Dr. Maxwell Maltz who studied self-image. However, some believe that his research was misinterpreted and that it would essentially take much longer to change a habit. This has led some to brand the 21-day habit formation theory a myth.

For example, Jeremy Dean set out to explore if what he had read in many places was, in fact, actually true. Is it actually possible to change or form a new habit in 21 days? After all, that is just three weeks. It doesn’t sound like a long time, but actually trying to do something for that period may sound like an eternity. Yet, the 21-day period has been given for everything from running to healthy eating to creating personal time.

To put the 21-day habit formation research to the test, Dean set out to explore the available research and then create his own. He documented his findings in a book that I have thoroughly enjoyed, entitled, “Making Habits, Breaking Habits: Why We Do Things, Why We Don’t, and How to Make Any Change Stick.” In always looking to improve myself and having some goals I’ve wanted to accomplish for quite a while, I was intrigued to see if 21 days was the actual magic number I needed to use as my quantitative strategy.

When I began to read his book, the studies he cited were concluding that it took at least 66 days, on average, for the participants to form a habit. Now, that seemed a bit discouraging because, like most people, that really did feel like an eternity. Suddenly, 21 days sounded really good to me. The longer time period was tough for me as a busy entrepreneur as I thought it would be for most people who were trying to juggle a lot.

And, when the book concluded that 21 days is still highly probable for forming certain types of habits, I believed that focusing on this three-week period to tackle some personal changes in my life related to my health and my relationships. I also decided that putting a hard and fast timeframe to the number of days that it would take for me to transform how I thought was just too much pressure.

Another defining read for me when exploring how I would go about creating new habits was from Oliver Burkeman and an article he wrote for The Guardian. Although it is six years old, the thoughts truly resonated for me because of the idea of looking beyond the pressure of a magic number to create my individual habits and to consider stages of changes that would eventually turn into a habit. This allowed me to make progress without the pressure but to also not leave it so wide open as to fall back into the same excuses that previously served as barriers.

My first stage was to determine what habits I wanted to form. These personal goals included regular exercise, more time with my wife, and greater contact with my family. All three are very important to me and needed to be a given rather than afterthoughts due to my intensely busy schedule.

Once I had this focus on what habits I wanted, the next stage was to set a plan of action as to how I would include these in my weekly schedule. This meant determining how to exercise five times a week, create a daily day or evening date with my wife, and regular communication with my family of at least once a week.

While adding these things into my schedule was one thing, and something I had previously always ended up canceling, the next stage had to be a mindful approach to mentally scheduling these activities as well with myself. No more penciling these things physically or mentally. I had to consciously tell myself these were the things I would be doing. Yes, I had to tell myself because they were not yet habits where I would just unconsciously do them.

This mindfulness involves stopping and actively thinking about what I am doing and why I need to be doing those things. Now, some are easier than others. For example, I can think of a million reasons why I should be on a date with my wife. Now, exercise, I can think of far fewer so it has taken me longer to make this activity a mindful practice. However, I have been able to by consciously focusing and meditating on why exercise is vital for succeeding at all the other things I want to do in life.

Having daily dates with my wife and communicating with my family weekly did become habits in 21 days, give or take a few days. Exercising five times a week as a habit, however, took closer to 35 days. However, I know longer find myself crossing these three things off my list. They are just there and done with no second thought. What’s next is to develop a list of other habits I would like to form or change and start these stages all over again. For me, I really believe it is not about a number but a process that develops over time along with conscious thinking and active mental participation in making those changes.